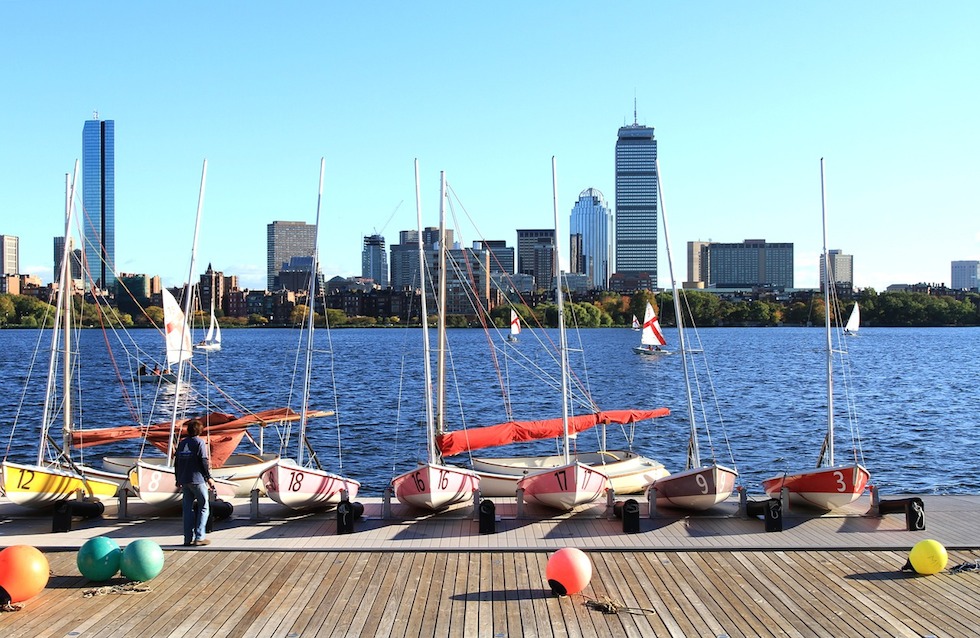 It has been about 20 years since I first touched down in this American gem. Boston for me was love at first sight. It was my first experience being in the US. It was the right way to discover America.

It was early in my University years in the UK when we had to take one year off academia and work for the real world. Experience what it will be like to work in our chosen industry. For me, it was, you guessed it: Hotels. Along with a handful of other students, I got a placement to work as an Intern, in a well known international chain of Hotels.
I was already away from my home country, (Greece). At the time I had just finished my first year studying in the UK, and the prospect of going even further and ‘conquering’ America, was a dream come true. Being just at the legal age for the US, was another huge advantage compared to most of my other fellow students.

I was about to enter America for the first time!

I remember my excitement when I arrived at Boston’s Logan airport. I could hear my heartbeat just as I was collecting my heavy luggage, (no I wasn’t travelling light those days). This was the moment I was about to enter America for the first time!
The hotel had arranged for a private transfer service to collect me and take me to the North Shore. Boston’s North shore was going to be my home for that following year.

The last sliding door to exit Logan Airport was just ahead of me. I pushed the heavy luggage trolley as if it only weighed a couple of kilos. Jetlag was just a thought buried in the furthest corners of my mind. Despite my 4 hour layover at Reykjavik airport in Iceland, I felt as refreshed as I had just woken up from a 10-hour sleep.

An image that has stayed with me ever since and signified everything I imagined America to be.

As soon as I exited I felt a crisp, refreshing late afternoon breeze hitting my face. Immediately to my right, I saw a sheriff standing casually on the side. It took me a few seconds to realise I was staring at an actual Sheriff – uniform, stripes, hat and all. Someone I had only seen in the movies up till then.

The majestic skyline of Boston was right across from me. Deep purple colours had already painted the backdrop. The distinct shapes of what I would later come to know, Prudential and John Hancock towers were clearly silhouetted in the distance. I had no doubt then that I had landed in America.
What a perfect picture, to come face to face with a Sheriff and then witness a beautiful sunset against Boston’s skyline. An image that has stayed with me ever since and signified everything I imagined America to be.

Having to live in Boston’s suburbs was like going through an initiation process to me. This process gradually introduced me to the ways of American culture. By living in quieter areas, such as the small town of Peabody, (see map), allowed me to better absorb the cultural differences between America and Europe. Helped me not to get lost in a big, chaotic metropolis, (like New York for example). Working in the hotel there, helped this process enormously as well.

I met some incredible people from different cultures and backgrounds. Each, showing me a different side of their version of United States. Embracing me and showing me a good time. Guiding me on what to go for and what to avoid.

There are a few names that remain in my mind and have a special place in my heart. Forever grateful we came across each other’s paths during those early days. These are the Whittier’s that embraced me in their homes and showed me some beautiful places. The Hernandez family, to whom I owe some of my early tours of Boston and some mean, home-made chocolate brownies.

The Rhindos family who first and foremost were my mentors at this crucial stage of my career. Helping us settle into our new living space and showing us some of the most picturesque fishing villages of the North Shore.

I have since returned numerous times to the city of Boston.
I wandered through the Freedom Trail many times as if it was my first. Walked around for hours and relaxed in the magnificent scenery of Bostom Commons. Fell in love again with the sophisticated cafes in the North-end of Boston and the Italian district which always reminded me of home.
I walked around the small town centre of Peabody and watched the subtle changes of shops, cafes and eateries that took place throughout the years.

Wandered around Washington Ave and Acorn street where our attic apartment was located and relived in my mind some of the most fun parties and gatherings we had there.
Drove around town and towards the coastal towns of Marblehead, Swampscott and Nahant. I loved cruising there and watching the waves crash against the distant Boston skyline as the sun went down.

Visiting the city of Salem, “the Witch City” and getting spooked in the museum, reliving the Witch trials in the 1600’s.

Every time I landed in Boston, I always had the same sensation. You know how the saying goes…

you never forget your first love..

That heartwarming feeling. The sweet nostalgia of those early days that transforms into happiness. A gratefulness that I had those early experiences which showed me how Boston helped me discover America the right way! 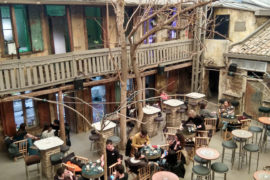 Shhh…it’s TAF in Athens and other such secrets 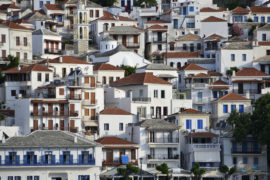 Skopelos Island – visiting a gem in the Aegean

This site uses Akismet to reduce spam. Learn how your comment data is processed.